a feeling of reassurance and relaxation following release from anxiety or distress.

Pressure and release is a training method that is in wide use and acceptance.  Particularly in western riding culture, you see a lot of pressure and release cowboys all with slight variations upon the theme, but the essence of the concept is this:

I watched Buck Branaman take a green colt through the first stages of pressure and release over a three day clinic a few years back.  The horse he was riding came from an English riding background, where pressure, both from the legs and the reins, is not often released, more commonly it is applied and remains applied in varying forms throughout the ride.  I believe that what I saw him do at the time was quality horsemanship.  He didn’t release the pressure once he saw the desired response from the horse, he released the moment the horse THOUGHT about the desired response.  In the end, the horse was performing for him things in a state of total softness an absence of pressure.  It was beautiful riding!  There was a floating quality in the reins and legs and the movement of the horse that I had honestly not seen before. But this is a skill that takes years to develop.  Reminder to ourselves though, mere mortals, even the master was at one point a beginner!  Gotta start somewhere. 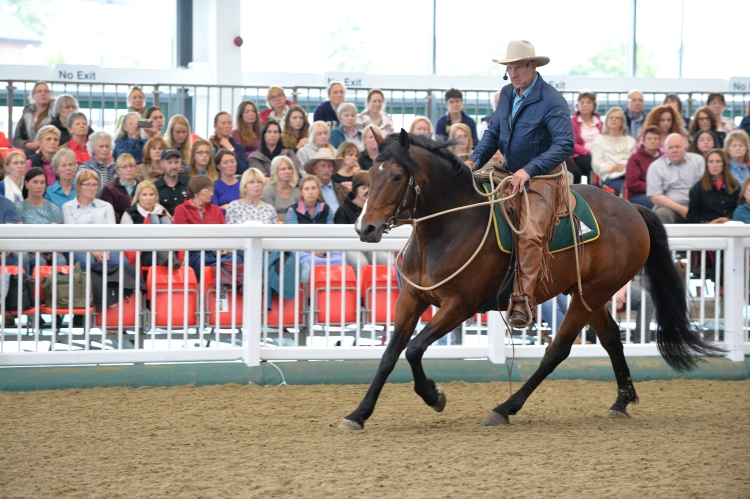 I use some pressure and release methods myself.  The goal of this is to eventually work with the horse in the absence of pressure.  The horse has released or reached or softened for you before the pressure was even applied.  There are trainers who refuse to use these methods at all.  I guess to some, putting any pressure on their horse at all is something they cannot come at peace with.   Each to their own.  But I believe that horses can learn to cope with pressure.  Some horses do better with pressure and some do poorly and need it introduced very carefully. I believe some horses can cope with pressure better than most humans can.  Why?  Because horses live in the moment and so long as the pressure did not flip over into a traumatic experience, they forgive and very quickly move forwards.

Which brings me to my point.  Do you understand the difference between PRESSURE & RELEASE… or are you using PRESSURE & RELIEF?  Or even worse, PUSHING-PULLING & RELIEF.  One will help you and your horse.  The other will destroy both the horse and your connection with it, and with some horses, they may take matters into their own hands and destroy you too.

Do not confuse release with relief.  If the horse is relieved after your pressure is released, then you need to take a long look in a sharp mirror.  It is possible that the pressure applied felt abusive to the horse.  If not abusive, than rude, rushed, inappropriate, confusing or unclear.  If they felt relieved after you applied what you thought was ‘pressure’ than the pressure you used for some reason built and created anxiety in the horse.  So instead of leading them to further peace- the ultimate goal of pressure and release- you are just installing and creating anxiety in the horse.

I would probably point out at this point that pressure and release seems to work best in the hands of very calm people to begin with.  The pressure must originate from a very soft, calm, steady and grounded person.  If pressure has its root in a human with an anxiety streak, you can best believe that the horse can feel that, like tuning into the wrong radio signal, or touching an electric wire, the horse will absorb the anxiety of the human rather than the understanding of the signal that was being applied, as a line of communication offered by the human.

Perhaps critics of pressure and release, the ones who cannot come to peace with putting pressure on their horses, are originally struggling with anxiety in themselves?  In that case I would understand why they would prefer and advocate pressure free horse to human training.  For them, as a sufferer of anxiety, pressure and release would indeed be ineffective at best and dangerous at worst.  Probably that person needs more calming in their life. Not more pressure.  I can relate to that.

Personally, I really like DOING things.  Despite what my recent blog Nothing might appear, I really enjoy being active, so long as the activity is something I love, understand and can do of my own free will.  I find activity relaxing.  I think some horses are the same.  I work hard to build peace and bonding with my horse from a quiet place.  But when Sanson and I go for a ride out, particularly when we ride out alone, oh boy can we really go and cover some ground!  We are adventurous, we take risks, we chill out, we heat up.  All of it. I ask a lot of him.  I use pressure, and when the response is ready in him, I stop asking.  And sometimes no pressure is needed, we just have the same idea at the same time and do it together at the same time. 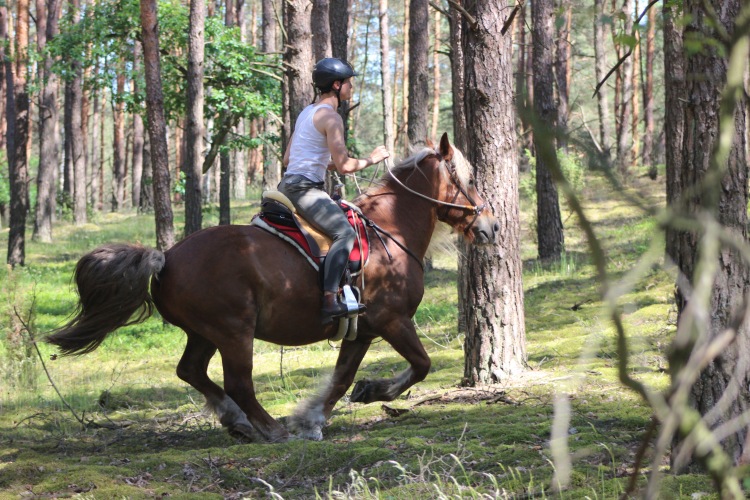 But I am pretty tuned into him and when I feel even the potential of anxiety, I bring it all right back to the basic beginning, which is PEACE and CALM.  If anxiety is building, oir present I never reprimand, scold or increase the pressure.  If he is doing things like calling out to other horses, or telling me he doesnt want to go somewhere, I know my job is to get him with me mentally before I can get him physically.  He really is an excellent reminder to me, to keep my standards high, because he really doesn’t accept mediocrity in me, and I don’t accept it in him either.  It is like he says to me ‘Hey I know you are having a bad day, but you know me better than to lead me from the paddock like a busy robot.  Are you with me?  I won’t come with you out of the paddock if you do not have an open heart with me.”
You may think I am crazy, but it happens all the time.  The moment I soften back up, he just comes along.

If anxiety is present, I never escalate.  Adding pressure onto an overwhelmed horse is a one way ticket to a Rodeo Disaster.   I stop right there, work through that hard spot until relaxation and contentment returns.

Anxiety does no good for anyone.  If someone out there can write me and explain the function anxiety has beyond redirecting us in a different direction, then I would gladly hear it.  But anxiety is a sign that you got off track with your horse, that you need to stop what you’re doing, and go a different direction.

Short point.  Go ahead and try pressure and release methods.  But it is our responsibility to use pressure like one might wield power.

Absolute power corrupts absolutely.  Absolute pressure corrupts absolutely.  There must be an inbuilt hand break in the feel of your pressure to the horse.  The pressure you use must have space for the horse to be aware of the pressure, whilst also being aware that they can give you negative feedback- a No- if your pressure tips over into the realm of the unreasonable.   You have to be able to audit your hands, your legs, your seat, your requests and be sure, absolutely sure that you are to be trusted to use pressure, just like world leaders are (in theory) tested to be trusted with their power.  Although sadly, we see now that this is not always the case!

The more your horse trusts you, the more pressure the horse may allow you to use with them.  But wield it carefully.  Not all horses will respond to pressure the same.  Some horses want and indeed need a lot of pressure to accept leadership, but some won’t have a bar of it.  Listen to the horse and consider their needs first.

Pressure can easily slip into coercion.  Coercion rarely slide back into pressure.  Release can easily appear as relief in a horse and the two are not happy bedfellows.

If in doubt, use less.  Film yourself.  If you don’t have a trainer who you can trust to tell you the truth, rather than telling you what you want to hear, take your phone and film your next training.  Send it to me if you want.  I’ll send you my perspective, pro-bono.  What to you might have felt like a reasonable request, if you watch your horse with some perspective, might not appear that way. 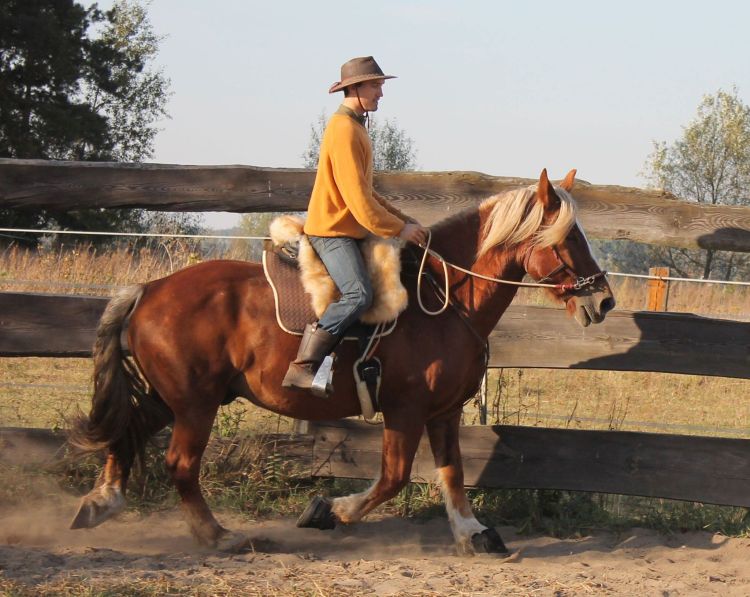